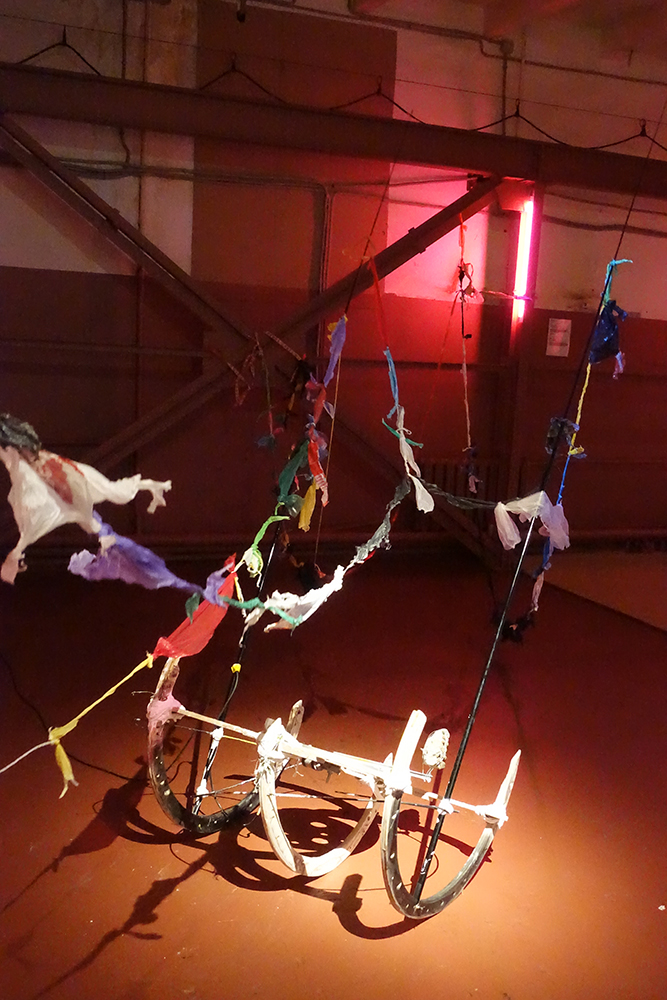 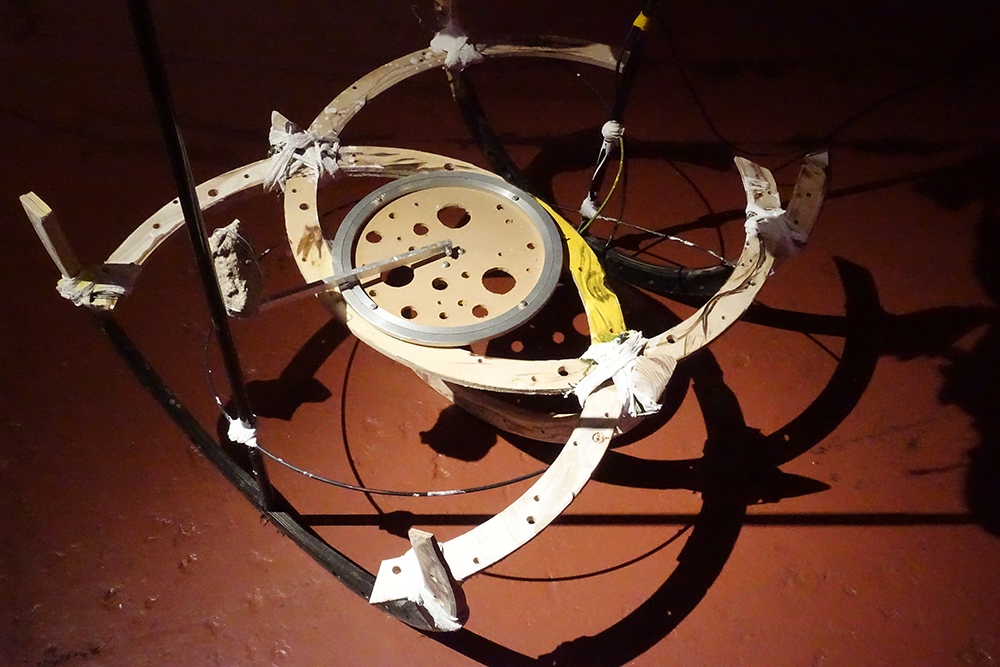 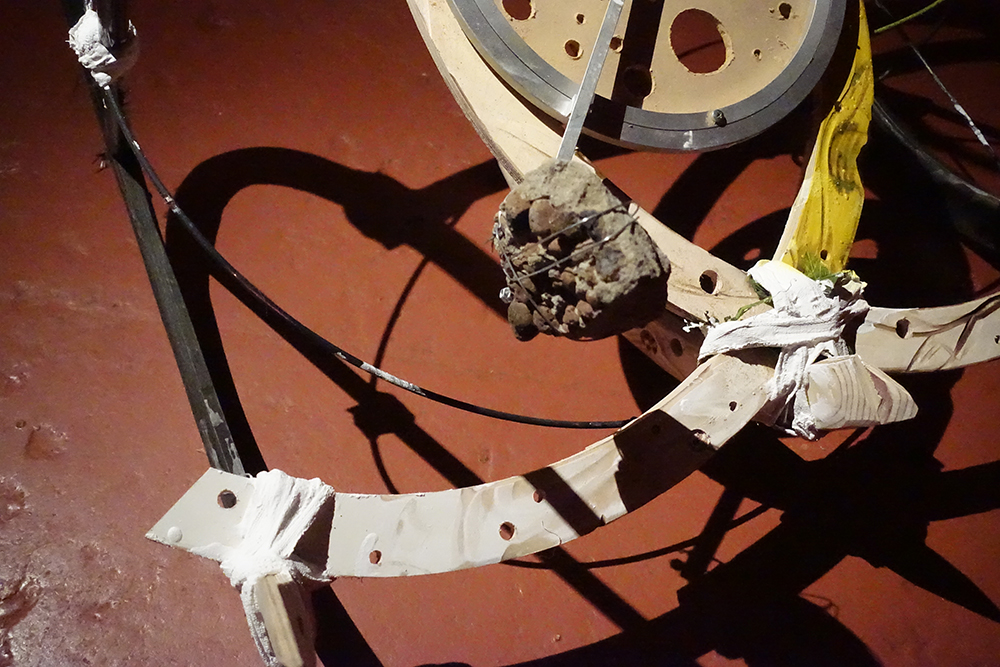 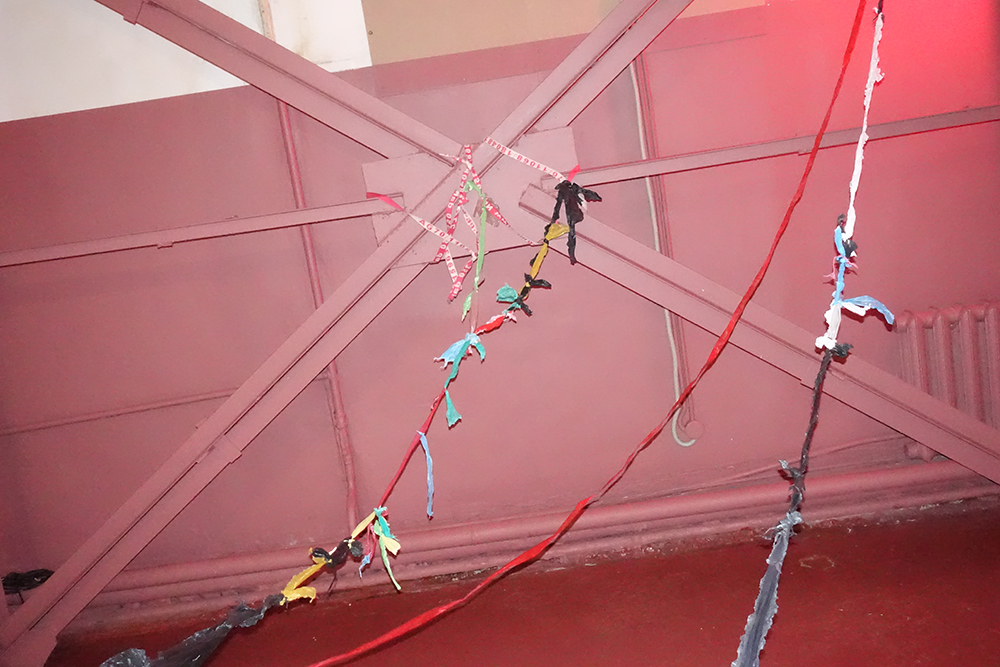 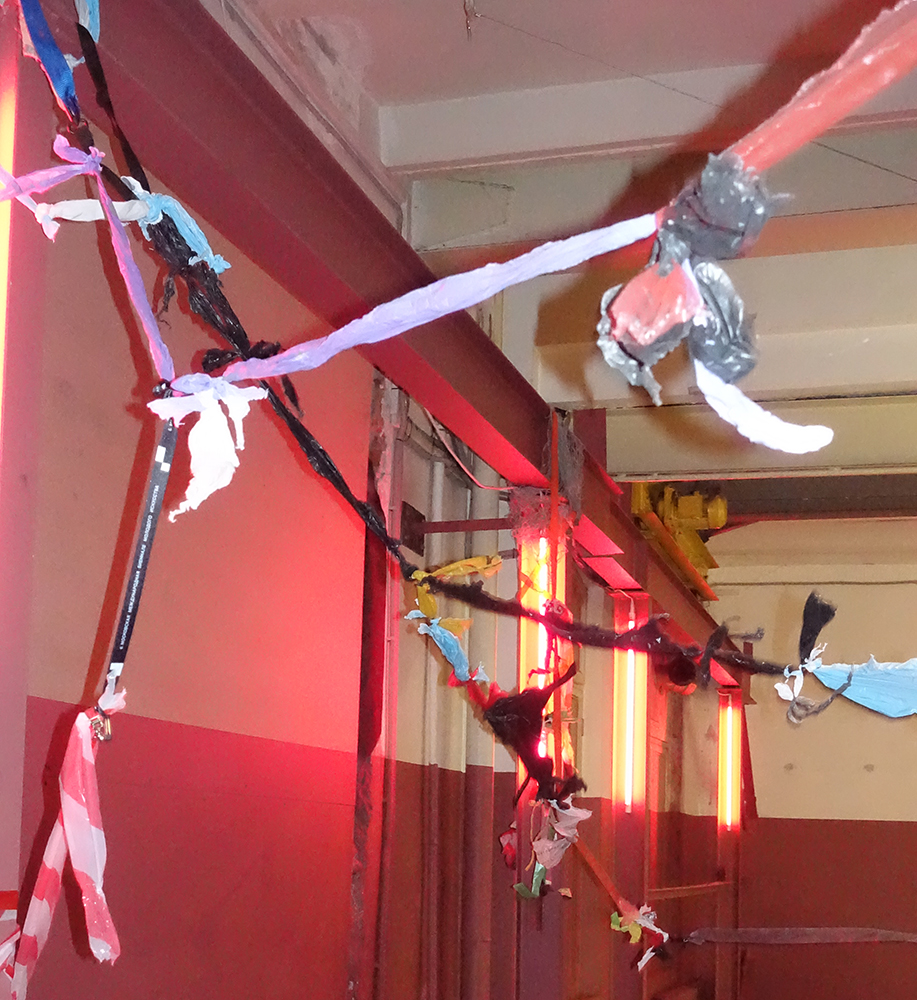 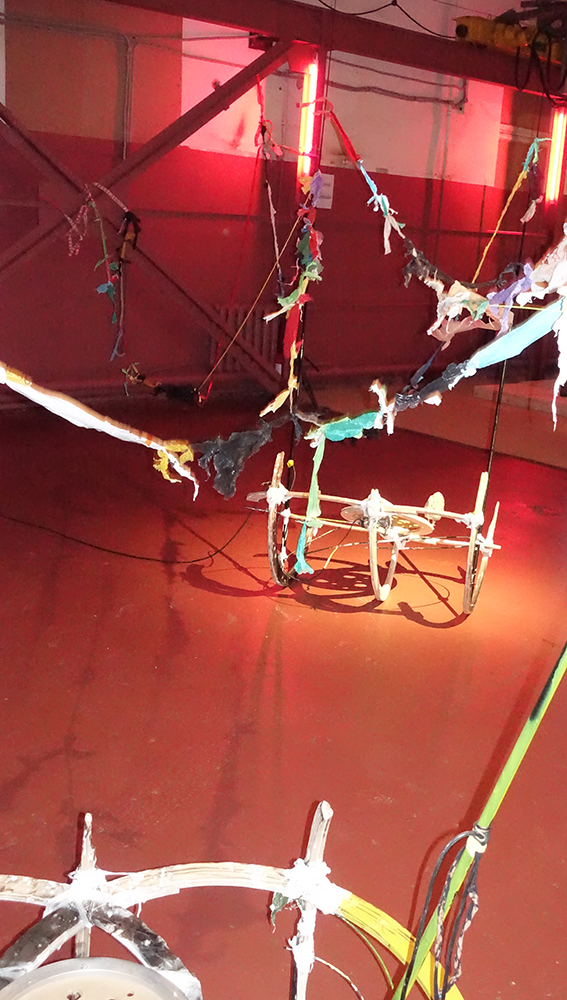 Puller started to become when thinking about ways to locate, generate and redirect energy. Our interests on ideas of friction and flow exist somewhere in between the celebratory and the demonstrative, by questioning the origins and remains of such needs and traditions now.

Whilst working together in Barcelona last year, they were steadily ticking alongside much more regurgative processes that were happening in the studio, stewing in the August heat. These new sculptures arrived as ancestors to the metronome, and were based on photographs of historic attempts at perpetual motion. Since the 16th century, this human-guilty desire of ultimate engineering to escape friction has developed a motion within itself, which perpetually pushes forward, relying on an independent drive which we can only see as a sort of fever for some idea of progression.

They had a semicircular base, acting as a rib cage, with a central mechanism that swings a weight (rock) in a circle. As the weight travels toward one edge, it causes the base to tip in that direction, and as it continues its orbit, the base seesaws back. Whilst the central mechanism’s bpm / rpm is constant, counting in time with the 220V electric supply, converting the electrical pulse into a rotational beat, the base, as it begins to gain momentum, knocks the dance off rhythm, and it unwinds into a more complicated routine, and melts into a more unreliable sense of time.

Two antennaes rise up from the base, which swing together in parallel. Multiple units work together as a group, pulling and waving ropes / ribbons (made of plastic bags, materials found in the street and remains from other projects) between their arms and between various point within the architecture that they are installed. In our minds the power of the ‘repeated attempt’ lies in between the resistive and the festive, and should forever do that in order to celebrate the ideas of trying, resisting and working with others, whilst being conscious of where these activities locate their fuel.